On February 19 our award winning film SEE ME NOW was screened at the 2017 TORONTO BLACK FILM FESTIVAL (February 15 -20). We were thrilled to be a part of such a TALENTED GROUP OF FILMMAKERS and were SWEPT UP BY THE PASSION for film-making which surrounded us. 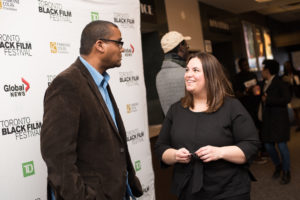 TBFF’s co-founder Fabienne Colas has a championing spirit, and the festival organizer, Joyce Fuerza, set the tone with her warm hospitality. The excitement and camaraderie found at this film festival was amazing.

The opening night ceremony included a raucous welcoming speech by this year’s film festival guest, Isiah Washington, followed by a screening of the powerful feature documentary, Tell Them We Are Rising.

Throughout the four days we had the 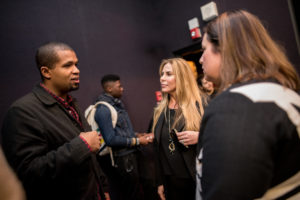 Corey Grant and Satie Gossett, whose generous spirits lent much inspiration for us and our future endeavours.

Our film, See Me Now, was one of ten short films screened and had the honour of closing the shorts program. See Me Now’s hopeful message provided an upbeat finale to the short filmprogram. 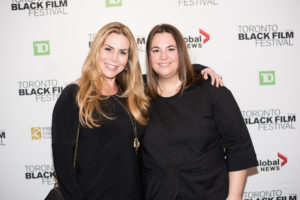 A highlight of our time at TBFF was sitting on a Q&A panel where we got to field questions about our film and talk about our process as three actors, mothers, producers and writers. All in all it was a super successful week and we are excited about our next stop: Artemis Film Festival in Santa Monica, Newport Beach Film Festival in Los Angeles, CA and The Philadelphia Independent Film Festival.