Book Rights Secured for Everything Beautiful Is Not Ruined

LIGHT THE GIRL PRODUCTIONS secures BOOK RIGHTS of EVERYTHING BEAUTIFUL IS NOT RUINED and JOSH CLOSE as screenwriter for their feature film. 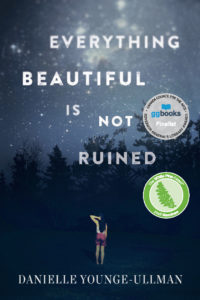 Light the Girl is proud to announce their acquisition of the multi Award winning novel EVERYTHING BEAUTIFUL IS NOT RUINED, by Danielle Yonge Ullman.

Desperate to escape her volatile and overbearing mother, headstrong Ingrid agrees to attend a summer  survival trek, only to discover it’s a wilderness camp for at-risk youth. Surrounded by feral teens and an inhospitable terrain, Ingrid must up her survival game and confront the horrific inner demons that threaten to destroy her.

Hilarious and heartbreaking EBNR is The Breakfast Club meets Wild with elements of White Oleander.

Josh Close is an award winning actor, writer and director from Oakville, Ontario who found his passion for acting and writing, early in his childhood and quickly sought out institutions to hone his craft. Studying briefly at Circle in the Square, Josh Close won a Gemini for Best Supporting Actor in “Thorne: Sleepyhead”, opposite Natasha McElhone and Eddie Marsan.

Since then Josh Close has appeared in several major film and television productions including, Fargo, Jean Jacques Annaud’s MGM series The Truth About the Harry Quebert Affair, The Master, Kill The Messenger and Person of Interest. Josh Close just wrapped a film for The Lumineers new album for director Kevin Phillips (Super Dark Times) opposite Charlie Tehan and Nick Stahl. and is currently shooting a thriller opposite Josh Duhamel for Discovery.

Showcasing his multifaceted talents, Josh Close has written on numerous considerable projects, including In Their Skin starring Selma Blair, James D’Arcy and himself. In Their Skin, premiered at Tribeca, got picked up by IFC and was nominated for a Golden Hugo.

Anthem of a Reluctant Teenager in which Josh Close was co-writer on and starred Cameron Monaghan and Juliette Lewis, premiered at the Vancouver Film Festival and was nominated for a Leo for best screenwriting.

Josh Close has multiple shorts that he has written, that have premiered at international festivals and won awards. Josh Close currently has two features and two shows in development and is waiting for a release date on a documentary he directed starring Jeremy Renner. The documentary features Josh Close revealing an intimate look at Renner’s incredible musical talents, as he records a soundtrack for an upcoming film.